One of the reasons I started this website was to share what I’m learning about bonsai as I become more involved. A question I keep asking, that I’m finding it very difficult to get a satisfactory answer to, is why bonsai trees are so small.

There seems to be a lot of information on how you make a bonsai tree, bonsai styles, and the history of the art, but hardly anything on what makes bonsai trees so small. So, I thought I would try to find out.

Why are bonsai trees so small? The biological explanation for the small size of bonsai trees seems to be that it is environmentally induced plant dwarfism. Stress is caused to the tree and this restricts its growth. It seems that the intense pruning and restricted pot size in bonsai causes the tree, and its leaves, to be much smaller than normal. Plant hormones produced due to the stress seem to be involved in this process.

Although I have provided the little summary explanation above, the biological processes that cause small bonsai trees to be produced from normal trees don’t seem to be very well understood. I’m going to try to pick my way through it though.

Cultivating a bonsai tree from seed, shoots or regular tree usually involves fairly severe pruning of the roots. A lot of the information I have found so far explains that roots, particularly the larger, thicker roots, need to be pruned so that they will fit into a small bonsai pot.

Although this is true, the root pruning is also needed to control the growth of the bonsai tree. The pruning will probably restrict the ability of the roots to absorb water and nutrients, which will limit the amounts available to the developing tree.

This is just me trying to make sense of various bits of research that I have read. It’s difficult to find anything very scientific on bonsai, so if you have come across anything helpful I’d love to hear from you.

Some researchers investigating bonsai trees in the 1980s wondered whether the small size of bonsai trees could be caused by the actual plant cells being smaller than normal.

Their research found that the plant cells in bonsai trees are the same size, or bigger in some cases, that in normal sized trees.

I have only managed to find a summary of this research so far, but I have asked the researchers if they would send me their full article. I’ll update the information here if they respond positively.

Why Are the Leaves on Bonsai Trees so Small?

An article I did manage to get the full text for looked at reasons why the leaves on bonsai trees are so small.

Bonsai trees wouldn’t look good if it wasn’t possible to make the leaves grow much smaller than normal. As the authors point out, if the leaves were normal size then a bonsai tree would just look like someone had planted a thin branch in a small pot.

It seems that the reason for this might be due to the number of plant cells the tree allocates to the leaf as it starts to develop.

Due to the stressful conditions imposed on the bonsai tree by the root pruning and restriction the tree drastically reduces the number of cells it commits for the leaf, which results in much smaller leaves.

In addition to the reduced leaf size caused by root restriction, a temporary reduction in the size of the leaves can be achieved by defoliation.

This involves removing some, or all, of the leaves from the bonsai tree during the growing season. Leaves can be removed by cutting the stem that connects the leaf to the branch about half-way along its length.

The tree produces a new batch of leaves to replace those it has lost, and these leaves can be much smaller than the original ones..

This has only a temporary effect, and the new leaves that grow the following year will usually be normal in size. For this reason, defoliation is normally done if someone wants to exhibit or photograph a tree, and they want the leaves to be particularly small for a short period of time.

The art of bonsai probably started after people found naturally occurring trees whose growth had been stunted by environmental conditions.

People would then be curious about how this happened and would try to create these miniature trees themselves. Again, I’m just supposing this is what happened. Although there is plenty of information on the history of bonsai cultivation, there isn’t much on where the idea came from.

Wild bonsai trees seem to be called Yamadori, although this might mean more than just a name for natural bonsai. In Japanese Yamadori refers to trees collected from the mountains.

The types of environmental stress that we introduce to make bonsai trees develop into miniature trees are replicating what these Yamadori experience naturally.

Causes of natural environmental stress would include poor or inadequate soil, resulting in a lack of available nutrients. Also, high altitudes and exposure to extreme climates.

An obvious way to make a bonsai tree small is by pruning and trimming it until it is the size you want it to be. It seems that just about any perennial tree or shrub with a woody stem can be cultivated as a bonsai tree.

Pruning is often one of the first things you do to start the transformation of a normal plant or tree into a bonsai.

Pruning of bonsai tree trunks and branches seems to be divided into structural pruning and maintenance pruning.

One of the aims of bonsai is to create a miniature tree that resembles, as closely as possible, a full-sized tree. To achieve this you will do some fairly severe pruning early on to give the tree its basic shape.

Structural pruning involves removal of any branches that don’t fit with the desired design for the bonsai tree. This initial pruning can also reduce the dimensions of the tree fairly dramatically, which contributes to its small size.

The recommended time of year for maintenance pruning is when the tree is actively growing – that is, spring and summer.

Earlier I talked about how bonsai trees are just normal trees whose growth is limited by root pruning and restricted root growth. This means that once the tree has been pruned into the desired size and shape it should stay roughly that size and shape due to the restricted growth.

Maintenance pruning will let you trim off any unwanted growth around the top and outside of the tree to maintain the tree’s shape. It’s also an opportunity to remove dead wood, damaged leaves and unwanted branches.

There’s a lot of anecdotal information available about bonsai, where bonsai growers are talking about how much their trees grow and what they do to maintain the small size of their trees. But it’s harder to find a scientific explanation, apart from the effect of root restriction that I outlined above.

I have found some answers to my questions about why bonsai trees are so small, but I think I need to keep going to find out more. 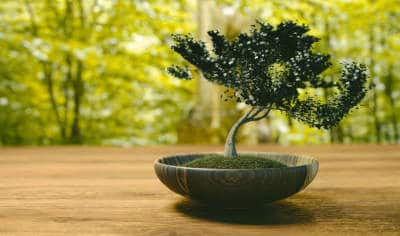 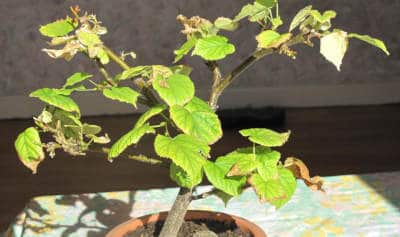 I find myself worrying more and more about the health of my bonsai trees. I try to keep them healthy with the right soil mix, water and fertilizer, but sometimes they just become unhealthy, and I’m wondering if some of this is due to disease caused by infection of some sort. What diseases can affect… 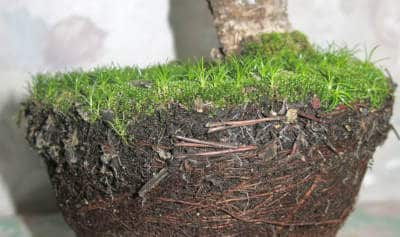 I’m starting to get more comfortable with pruning the branches of my bonsai trees to develop and maintain their shape. I’m not so sure about how to go about pruning the roots though, so I wanted to find out more about this. How do you trim the roots of a bonsai tree? To produce a… 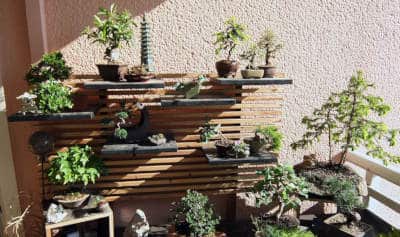 I’m looking to go beyond caring for the bonsai trees I obtained ready-made, and I want to start cultivating my own bonsai trees from small plants. I’ve got some ideas about the types of tree I should be using, but I wanted to know what would be a good (say, fairly easy) bonsai style to… 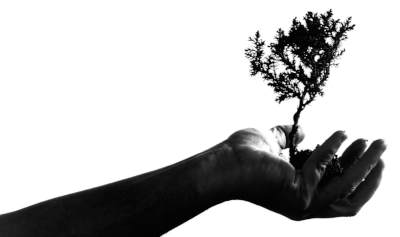 A lot of people describe bonsai as being very therapeutic. I wanted to find out if there are any specific ways that growing and caring for bonsai trees could actually have health benefits. So, is growing bonsai trees good for your health? The health benefits of bonsai as a leisure activity don’t seem to have… 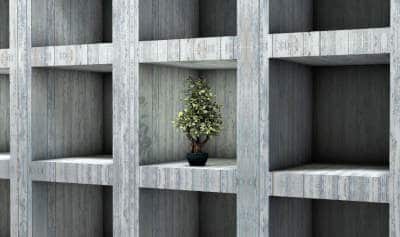 I got interested bonsai because one of my Dad’s main hobbies was growing bonsai trees. He had a long table in the garden for displaying his trees and to provide a workspace. When he passed away the trees were left behind and that was when I started to become interested. I’m sorry now that I…